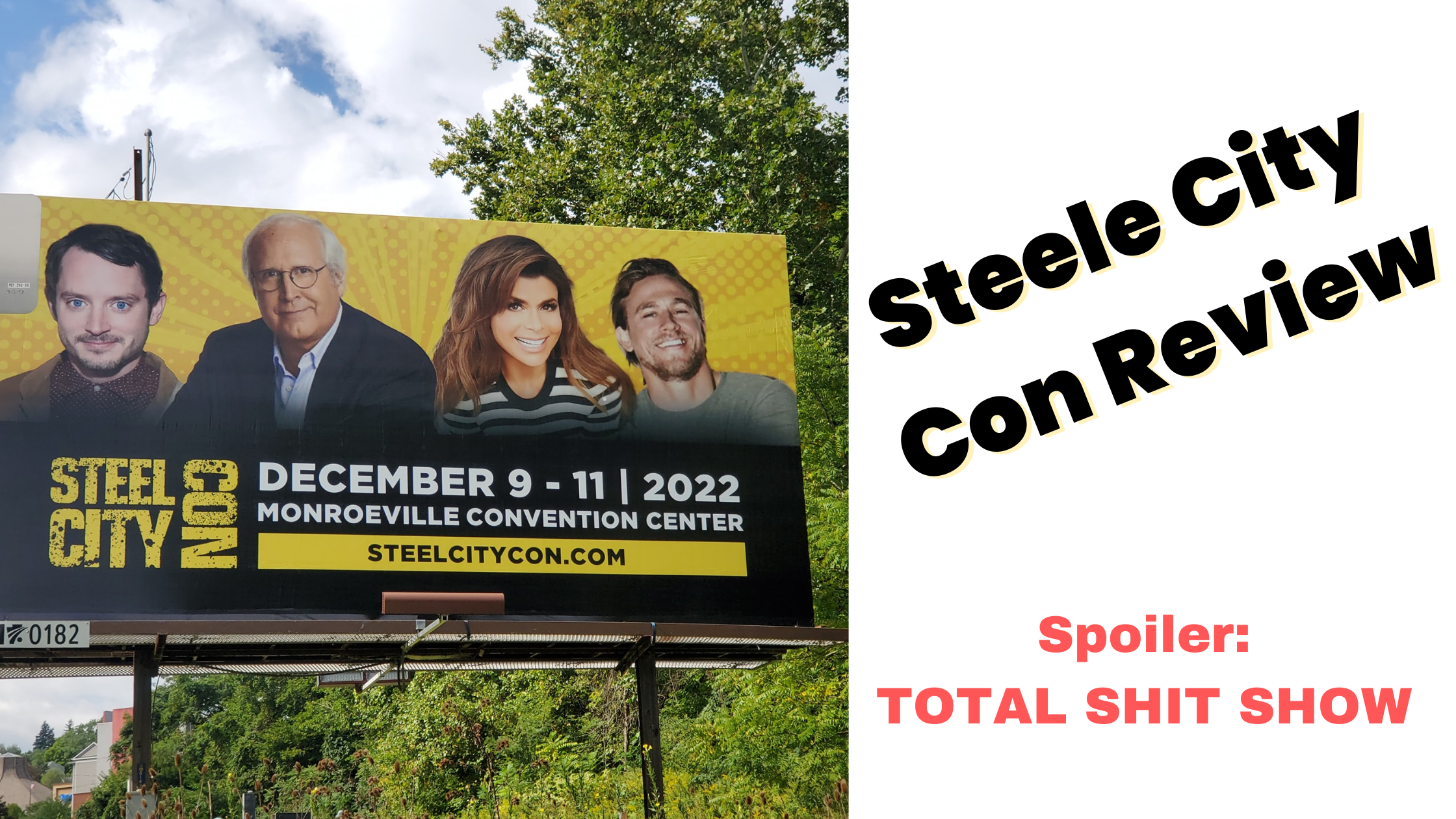 Below is an honest review of the Steele City Comic Con located in Monroeville, PA. December 9-11, 2022

So here it is. The Tuesday after the con and reflecting on my notes and speaking with my girlfriend who accompanied me to the event I have come up with 3 words to describe the con. COMPLETE SHIT SHOW.

From the moment we arrived and put on our bracelets we had a feeling it was going to be a long day. the line to get the bracelets was quick, organized and efficient. This would be the last time we experienced organization and efficient all day. After we had our bracelets we decided to go and wait to get into the hotel hosting the autographs and meet and greets behind the convention center. It was 9:15am at this point. Was there a line? Yes. Were there signs? Nope. So the line chatter begins and the are we in the right line questions begin to flow. Slowly, very slowly, we moved our way up in the line. About 1:45 minutes in they split the line in two. One for the undertaker, one for everyone else. We were in the everyone else line. As we inched closer to the door different staff with “not my job” attitudes or answers kept coming out and asking if anyone was standing in line for various individuals. If I did a shot for every time I heard “Anyone here for Eduardo or Sophia” I would have been drunk in 10 minutes.

“Hey man, whats the hold up?” no answers. In the line, waiting, freezing, no answers. Reminiscent of a bread line in the former soviet union, We began joking and stomping out feet to keep warm and sane. We were there to see the Sons of Anarchy attendees and I was there to buy some collectibles. So now inside, 12:14pm, we waited in yet another line for Charlie Hunnam, Jax from Sons of Anarchy. We waited and waited and waited. All the time the “staff member” working the door telling us his tales of serving in Iraq including the time he “shot a kid” in Bagdad. Charming.

This was for my girlfriend so I looked at her and said Im going to get something to eat. Shitty fried food was the only thing they were serving in the hotel and convention center so I bailed. I went got lunch, took a nap, and then headed into the convention center to look doe what I came for which were two things. A crystal blue Heisenberg Funko Pop and to see if anyone would take my large collection of Simpsons action figures and play set. Failed on both fronts. It’s now 3:30pm and still no girlfriend. She is still on line but Charlie is there so it was moving, but between the pre paid and VIP people it was slow. By the way Skip the VIP and just get the prepaid. You were mixed in the line together so no loss.

Next was the SOA panel. They came 15 minutes late, not everyones questions were asked and very disappointing. Not the SOA cast, they were great, the organizers. Again. Shit Show.

By this time I’m done. I mean fuck you i’m out done. Nope, we still have pictures with SOA. Pictures were scheduled for 7pm. So when 8:15pm rolled around I was ready to bounce. We were then sent into lines to wait and the photos were quick. 90 seconds at most. Good picture but shitty day. The organizers should be ashamed for how poorly the show was run.  Jesus and Jimi Hendrix could be at the next one and it is a never again for me. Do better Steele City Comic Con.

The History of Comic Con